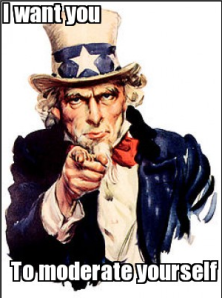 Last week, New York City approved a ban on large sugary drinks being sold at certain vendors around the city that will start in March of 2013.

NYC businesses that get inspected and graded by the health department will no longer be able to sell sugary drinks over 16oz. If the restaurant has a self serving beverage dispenser then they can’t even give out cups over 16 oz in their establishment (refills are allowed though). There will still be locations within NYC that aren’t effected by this 16oz rule though. Convenience stores, newsstands and vending machines can sell any drink, whatever size. Time has a great breakdown on what is allowed and what is not.

The ban uses a”calorie threshold” to decide what drinks are effected by the law. The calorie threshold is 25 calories per 8 ounces (this also includes coffee drinks, sorry frappuccino lovers!). Here’s what confuses me: fruit juice, alcoholic beverages, and milkshakes that contain over 50% milk aren’t effected by the bill. They are just as bad as soda, if not worse when it comes to calorie count! Let’s do a quick breakdown:

I understand there are some health perks with those of those drinks listed above; but a little calcium that comes along with a milkshake seems counter productive for something that has 3x’s the calories of a typical Coke (which is banned).

I’m on the fence when it comes to this whole thing. On one side, I know obesity is a huge national issue that effects many of us Americans these days. Diabetes alone has some scary numbers attached to it; American Diabetes Association states that the total cost of diagnosed diabetes in 1997 was $174 billion! On the other side, I feel like it’s bad for government to tell people what they can and can’t do. People need to teach themselves and their children what is right and wrong when it comes to moderation and taking care of themselves, not leave it up to someone else.

What are your opinions on the soda ban in New York City? Sound off below! I’d love to hear both sides of the fence.