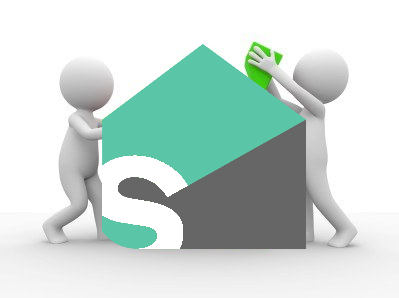 We’ve always hoped to give people the power to build new experiences on top of Splitwise, and we’re proud to announce today that we are releasing our first public API.

This will allow developers, Splitwise-lovers, and other companies to integrate with Splitwise. We’ve created an open-source API example, and published the instructions and documentation that we use internally. Check it out!

Over the past two and half years of Splitwise, we’ve received a huge number of feature ideas and integration requests. Splitwise has also been asked to support Windows Phone, Blackberry, and other devices. The scale of these requests is way more than we can realistically manage as a small team. Instead of simply saying no, we want to give people who are passionate about Splitwise the power to build when we cannot.

Fundamentally, the Splitwise team cares about relationships between people. Wherever there is awkwardness and people managing money together, we want Splitwise to be there, removing tension and keeping people on the same page.

People choose Splitwise when they need to manage bills, expenses, debts, and IOUs in all kinds of circumstances. We believe that opening the API will enable Splitwise to reach the all of the context-specific use-cases where a good platform is needed. We’ve left the terms of use simple and very open to encourage experimentation.

We couldn’t have done this without the help of our eager API beta testers. Special thanks goes to Miron Vranjes (Splittr for Windows Phone), Kamran Ayub (Centwise for Windows Phone), and Joe Burgess (Splitmo, a command-line-based way to create Venmo repayment links from Splitwise).

Inside of Splitwise, the API example and documentation blog posts are written by the extremely talented Will Murphy, one of our two summer interns, who is soon to be a freshman at nearby Brown University. The whole Splitwise engineering team deserves credit for documenting and building an API that we use internally across platforms. Even our website is designed to be “just another Splitwise client,” and is primarily written as a Javascript app that reads and writes via the API.

Happy hunting, and if you run into any questions or trouble, or want to be part of our developer email list, email us at developers@splitwise.com.

Update: Curtis Holland has put together another example app in PHP to access the Splitwise API. It’s freely available on GitHub, so if you’re working on a Splitwise project in PHP, go check it out! Thanks a bunch, Curtis 🙂

6 thoughts on “The Splitwise API Is Here”